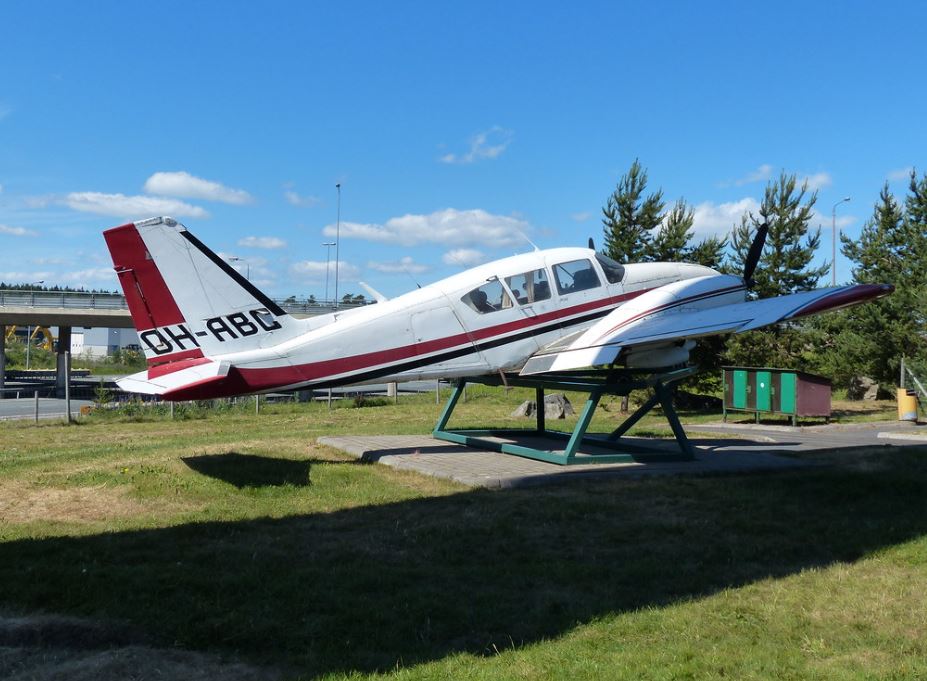 After the full day enjoying the excellent 100 year Finnish Anniversary Air Force show yesterday, it was now time to move on and South towards Helsinki.
After a journey of around around 1 and a half hours, we approached the town of Tampere. First viewing of the day would be a preserved aircraft which we understood was
displayed in glass building at Kalmar Industries factory, on Tarmonkatu. N61.47240, E23.72562
VI-1 Valtion Viima C/n VI-1 Preserved
Photograph link at: https://www.flickr.com/…/jlt…/albums/72157697949732804
20 minutes later we were closer to the airport, but wanted to view another Preserved aircraft which was displayed at an ABC Petrol Station near Airport.
N612RS Piper PA-23250 C/n 27-4017 Preserved (Marked OH-ABC)
Photograph link at: https://www.flickr.com/…/jlt…/albums/72157670576963928
After that it was another pre-arranged airfield visit, which will be on a separate report.
Regards
John
Trip Airfield Albums https://www.flickr.com/photos/jlt_egcc74/albums
Country Folders https://www.flickr.com/photos/jlt_egcc74/collections
Oxford Aviation Group http://www.oxfordaviationgroup.co.uk/future-tours/