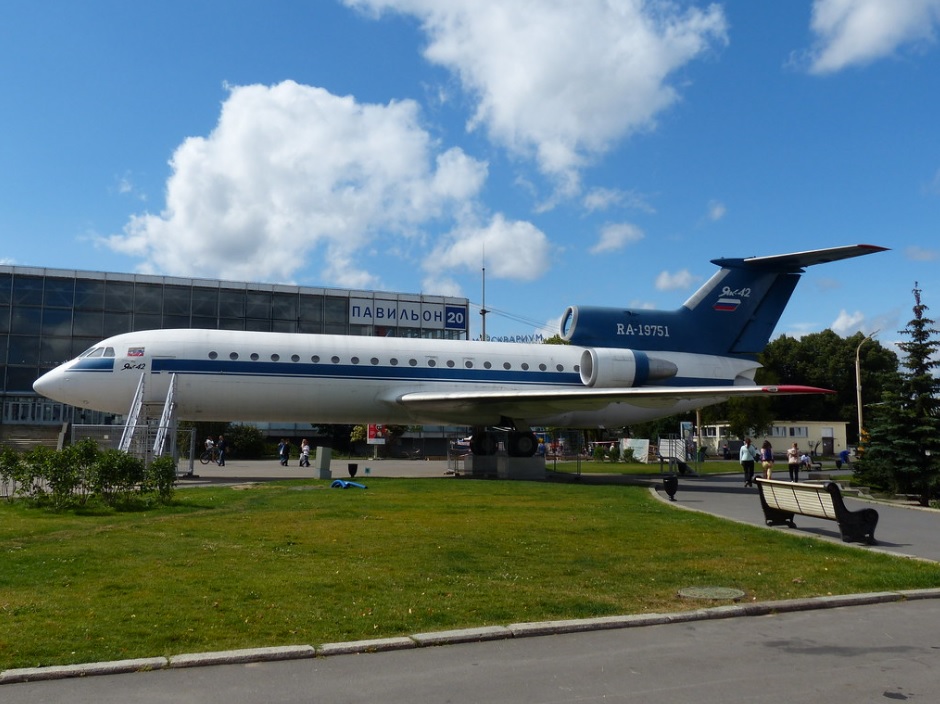 Vystavka Dostizheniy Narodnogo Khozyaystva (VDNH) is a permanent trade exhibition centre, Cosmonaut museum and amusement park, which also includes a skating rink and Moskvarium (an aquarium). It is located in Moscow’s Ostankinsky District, in the north of the city and part of the Ostankino Park complex.

Included with the centre area are a few aviation items of interest, which include a Buran Space Shuttle, Boctok / Vostok Space Rocket, Yak-42, Mi-8 T and Su-27.
The replicas of the Vostok rocket (which sent Yuri Gagarin, the first human being in space and into orbit) and the Buran space shuttle highlight the technological achievements of the Space Race.
Google Map co-ordinates N55.833576 E37.623061