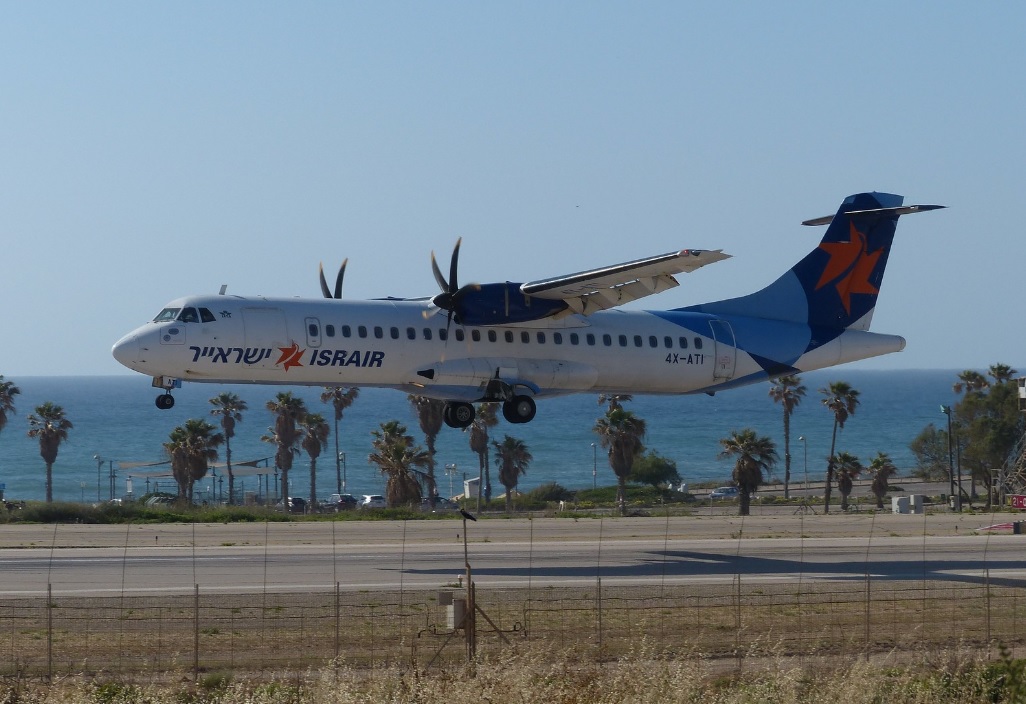 As I had mentioned in an earlier report, we would return to Sde Dov.

A reasonably easy place to view from as you walk along the coastal walkway that has the beach on one side, the airport on the other. The only danger is cyclists and runners!!

As on our first visit, photographs were not a priority or recommended, as this is a joint civil and military airport. Whilst I have seen some photographs taken at this airport, but I thought better safe than sorry………..we were being watch from the tower.

However I did take one photograph of an Israir ATR72 landing, but that was at the end of the runway and no part of the airport was in the photograph.