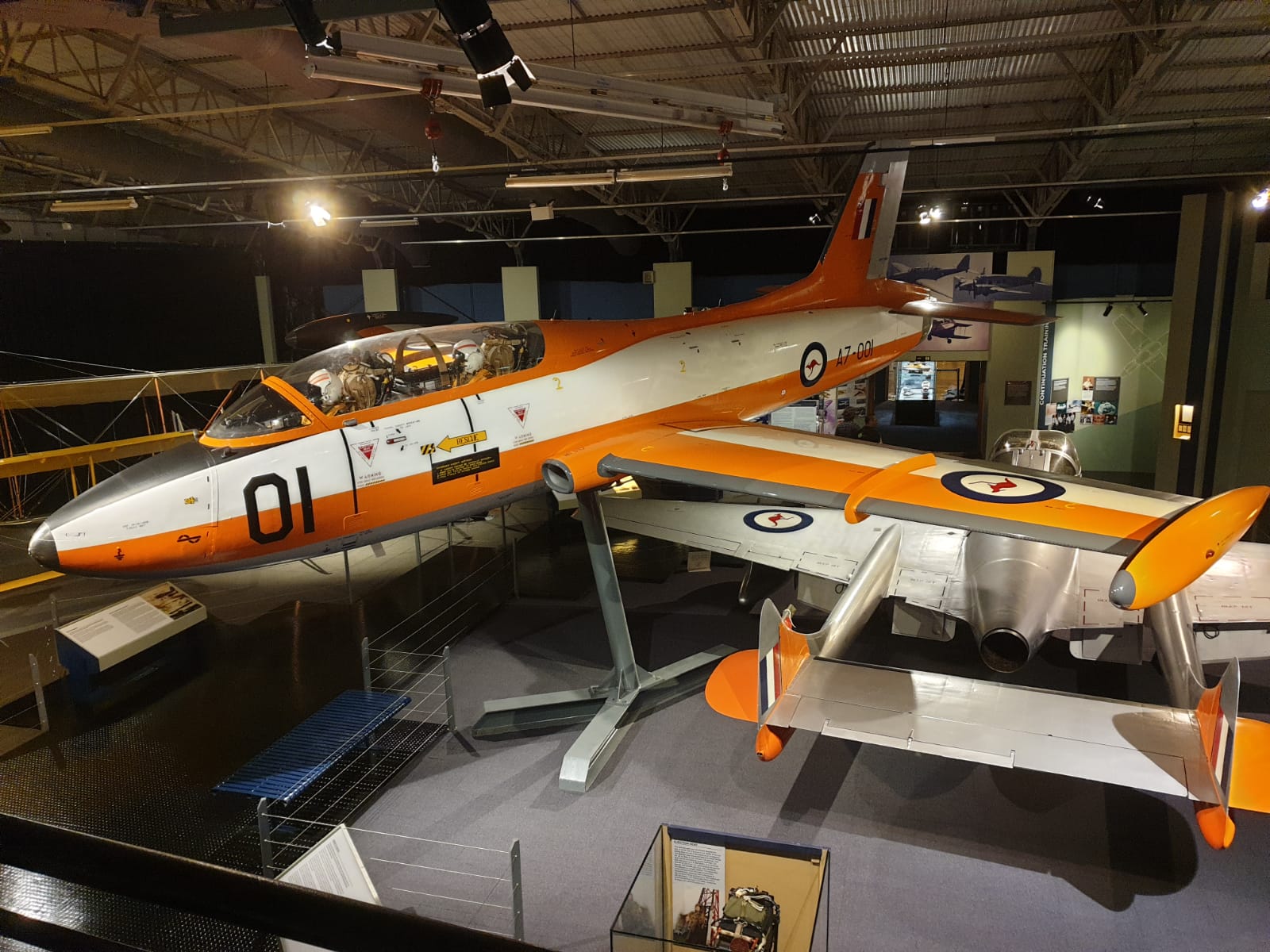 Today has been cloudy and cold with quite a bit of rain on and off. Another day out from Melbourne noted the following:

After a short drive we arrived at Point Cook as the Museum opened at 10am. The log of aircraft displayed is the same as noted last year. However, unlike my last visit, the Restoration Hanger was open and accessible so the following were noted:

On leaving the Museum the rain began to fall. Our next stop was a very soggy Avalon. Unlike last year when the show was blisteringly hot today was a mere 14c! Noted on a visit 1115 – 1145

A84-232 Canberra (in green primer parked outside hangers undergoing restoration)

Next stop was Lethbridge. A large airfield with plenty of hangers, all closed. I suspect a weekend airfield with upwards of 50 likely to be present. Just one out on the field today

A lot based here mainly those involved in firefighting and AT802 Maintenance. The based TBM850 VH-KWH was away and has been noted returning on SBS this evening 🙁

From here a run across country to Melton. A small airfield with three wrecks in the long grass all with paint and regs scrubbed. One hanger here which was slightly open inside which were 4 or 5 aircraft.

Then a scenic drive up gravel roads to Sunbury airfield. This is high in the hills and Melbourne City can be seen from here around 60km away. A few hangers here too but all shut today. Just one noted on the field

We leave Melbourne tomorrow on a road trip to the East for the next couple of days,. Will report back tomorrow evening with what we see,