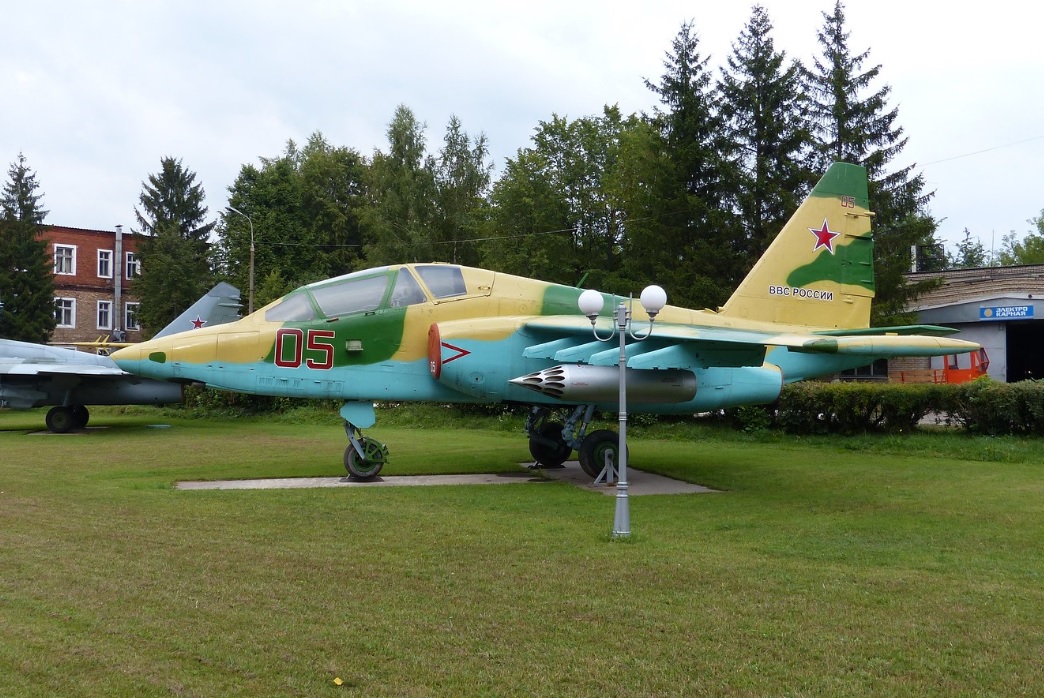 Next was the pre-arranged visit to the Staryy Gorodok-Rework Plant 121 near Moscow, where they have an excellent set of preserved aircraft on display.

We also viewed the Sukhoi Su-25’s on the ramp as well as in one of the re-work hangars.

However before looking at the second selection of preserved and live aircraft, our group had a guided tour of the indoor museum.

After much deliberation and changing of minds by our guides, we were asked that no live aircraft were photographed, except when we were given permission to take a photograph of the hangar frontage, as the history of it is interesting.
We were told that it was taken from an airfield in Germany after the war, as the Russian Air Force thought that it was ideally suited to what they wanted for the hangar at this field. The persons giving us this opportunity to take the photograph were aware of the aircraft that we parked in front of it and were happy for us to take the distance shot.