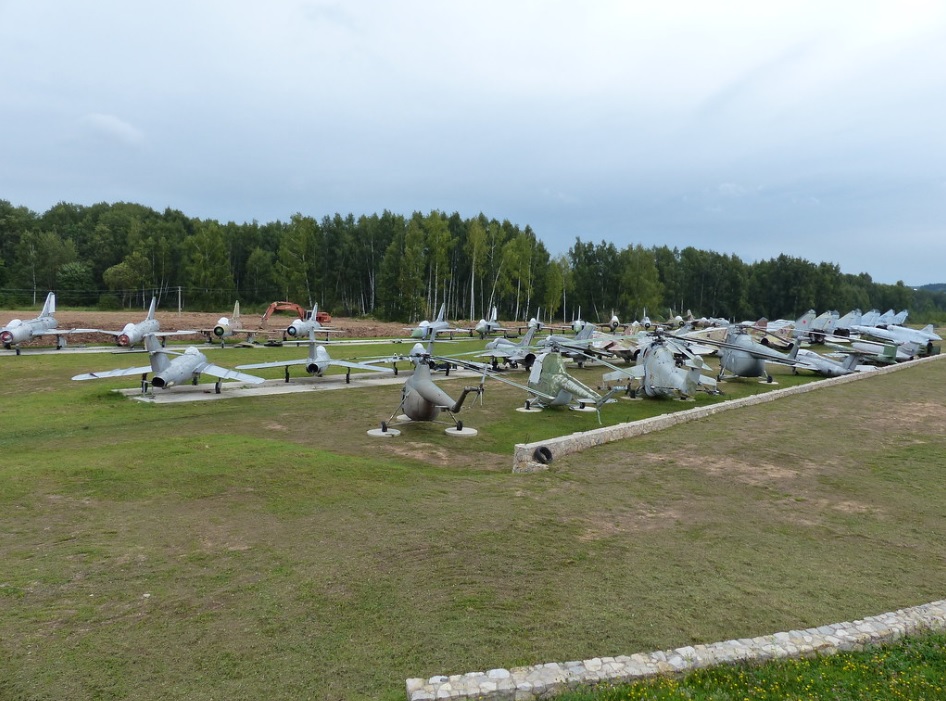 Then on to Medyn~Kaluga. This was going to be quite exciting, as few, if indeed no Westerners had yet been to visit here on invitation of the owner. This collection is what used to be within Moscow city limits at Khodynka and believed to have been taken away for scrapping.

We now know that Vadim Zadorozhny rescued most of them, with the hope of starting up a new museum. We had visited the old airfield at Khodynka as well as Vadim Zadorozhny’s Vehicle Museum at Archangelskoe the day before .

Grant had arranged for someone (Barbara, who we first met yesterday at the Vadim Zadorozhny’s Vehicle Museum) to drive a 200km round trip from Moscow to Medyn. We had gone with our usual driver and Barbara had made her own way.

She introduced us to the owner, Andrew. He was very enthusiastic, I imagine that you would have to be if you wanted to set up a museum of aircraft that were potentially going to be scrapped!

He took us along the three lines of aircraft and then the dump area, giving us quite detailed information of each type of aircraft, however not the C/n’s. That would have to be our work for the day.

We also enjoyed tea and some nibbles in his house, where his wife and father were also very interested in our hobby and reason for the visit.

A few queries, a bit of a long shot. Any idea’s on the following three:

Noted between 0910-1130hrs and list is in order as taken from my photographs.