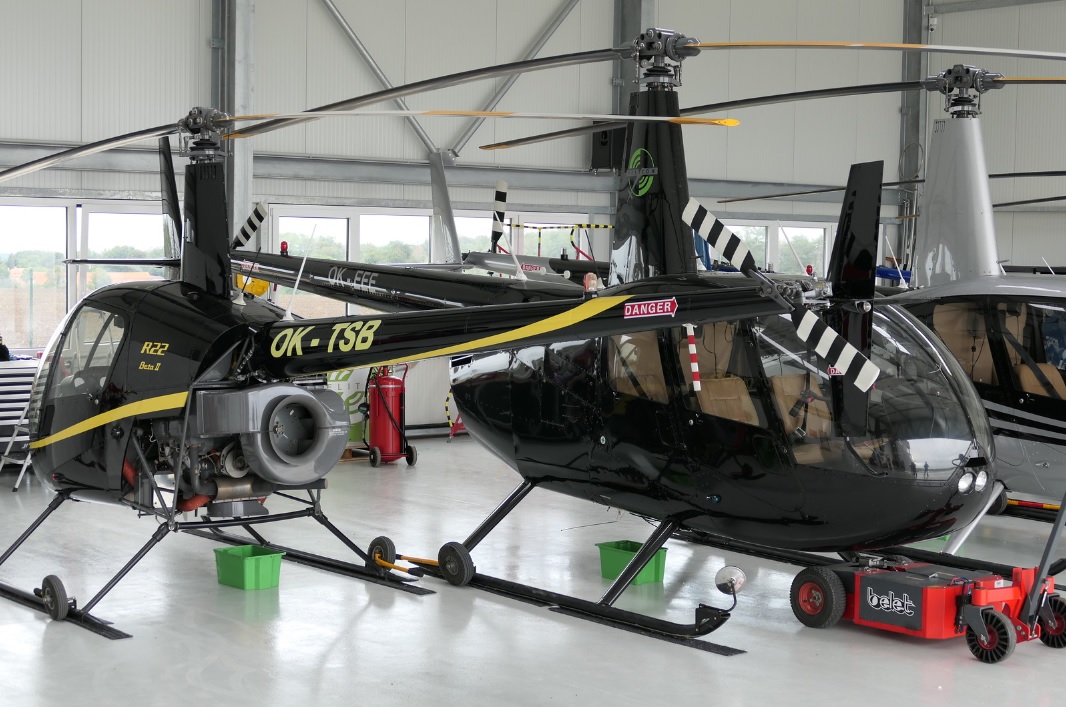 After the main airfield at Kolin and as we were on our way to a private collection, an open hangar caught our eye.
As it was no more than 100 metres off the road we were travelling on, so we decided to investigate.

Fortunately the one person here allowed us to quickly view and photograph the helicopters.
He told us that this was a NEW helicopter base (not on Google maps as yet), they had previously been at the airfield that we had just visited, Kolin~Central Bohemia. the only reason that the hangar door was open, was that it had broke and he was waiting for a company to come and repair it. how lucky were we!