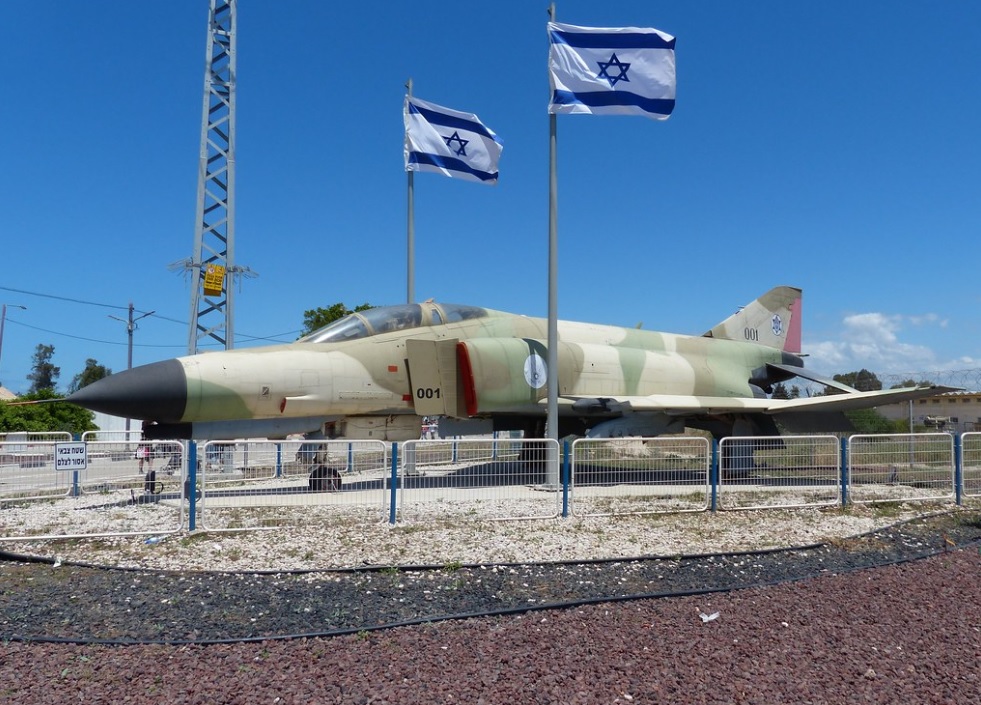 As I mentioned in the Ramat David report, we were hoping to visit a second military base for the open day, this time Haifa.

However this did not go to plan. We approached what we thought was one of the entrances to the base, however we were told by the military, all with some serious armoury, that the entrance was on the other side of the field. We were assured by our guide that this had not happened on previous occasions, however we would have to move on. Unfortunately the base was also now closing, so we had to see what we could as we drove around the perimeter.

The only photographs taken here was of the Phantom Gate Guard where we first tried to access the base for the event.

Noted between 1248-1315 & then 1423hrs
I have decided to leave all my notes of aircraft noted but not identified, in case other people were at this base or a subsequent report becomes public.