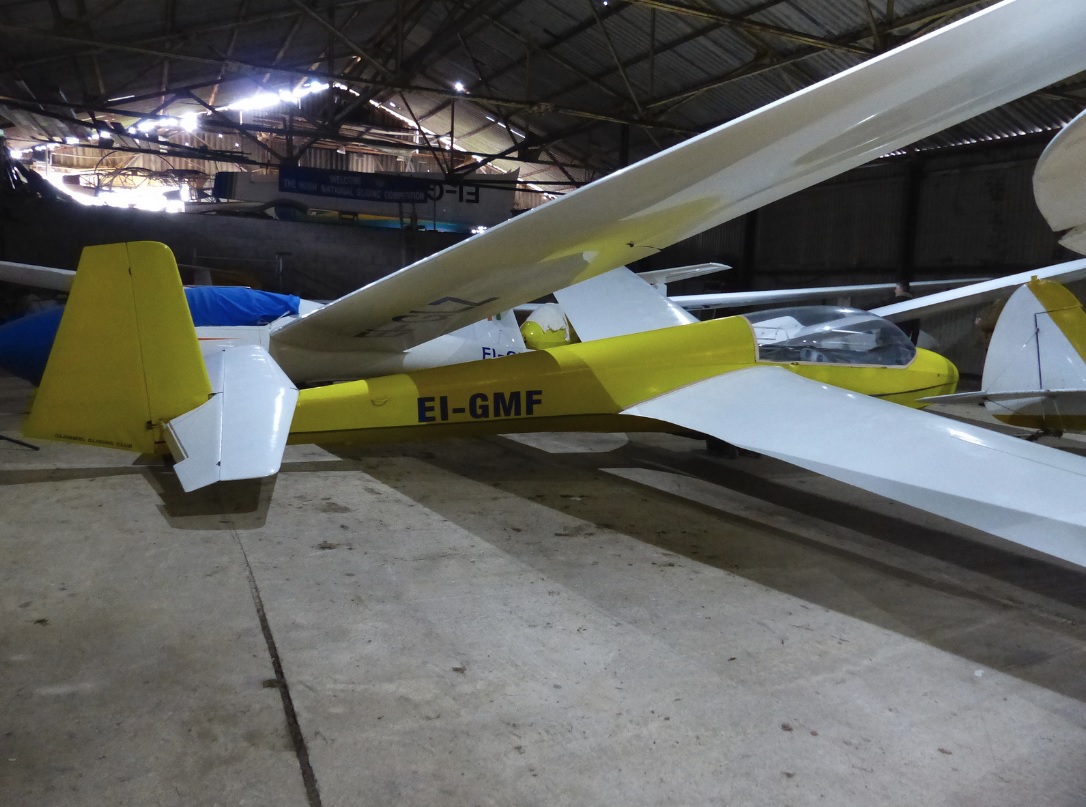 The next airfield was for gilders,
Gowran Grange~Co Kildare
and in view of the weather I did not expect to see much.

However, as I was warned, Irish fields and aviation people are very friendly and access to the hangar was allowed. A good chat was had with the various owners that were about at the time.

In fact one of the glider owners who was just departing wanted me to take a photograph of the glider box and then he opened it up to reveal OM-M821. Unfortunately a few of us had already seen it at the AeroExpo at Friedrichshafen 6th April 2017, however it was still nice to see again.