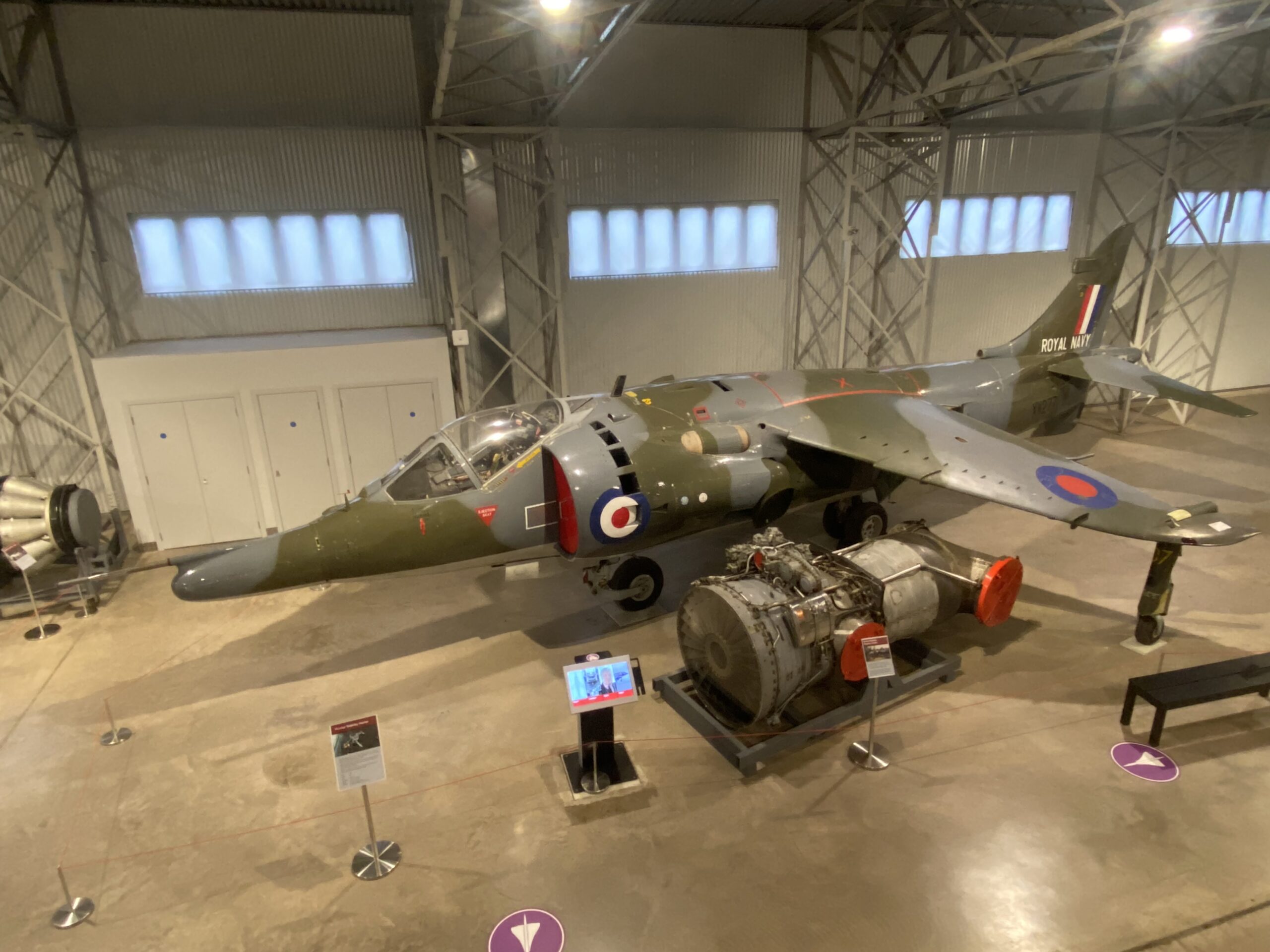 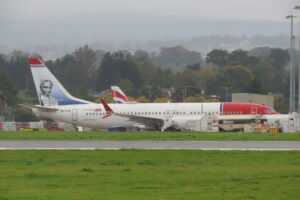 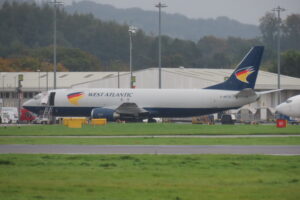 With Edinburgh being less than inspiring, I had a bit of time to kill and decided to try this farm strip – Bonnybank/Balgrummo Steading. Again like the last one, there is a track that goes up to it without trespassing but when I got to the end of the lane by a house, said track then had a gate across it. You could get out and walk around, but being right by the house (and probable strip owners), I didn’t do that. Be warned that this lane is very bumpy and will test your car out. 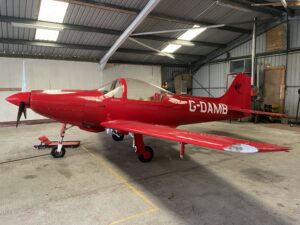 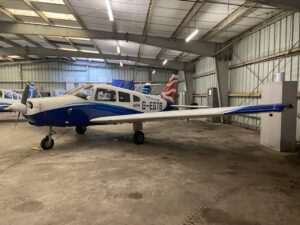 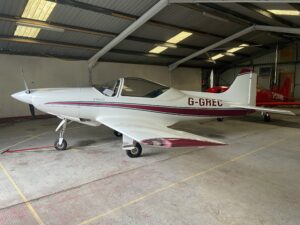 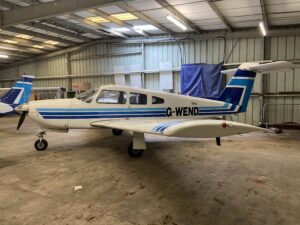 I had pre-arranged access here and despite being told by other people that this place was unfriendly, it was anything but. My guide told me that the airfield is owned by Tayside Aviation now (same mob as based at Dundee) and that they were looking to take some hangarage trade away from Perth, where they have a waiting list for hangar space. There is also a nice cafe and the public are welcome.

The helicopter (Fort Knox) part of the airfield was closed up – no surprise being a Saturday but the paradropping Airvan could be seen next to it. The weird thing is that there were lots of expectant jumpers and supporting watchers, despite the driving rain. They must have seen a different weather forecast to me! 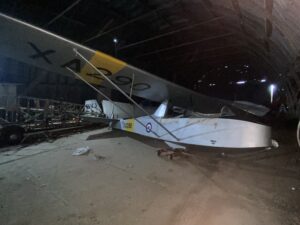 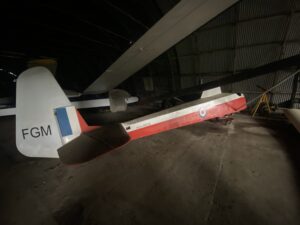 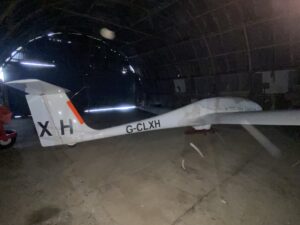 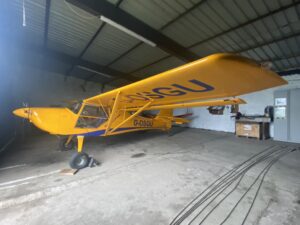 It was absolutely pouring down by now and there was zero chance of seeing any gliders flying at Portmoak, which I think is Scotland’s biggest gliding field? I had arranged for access before turning up and true to their word, they had a gentleman with keys waiting to take me around. I asked if he was OK taking a soaking for me, and luckily for me, he was fine with it.

Now on a nice flying day here, I guess you would see a lot of the based gliders out of their trailers and so in the absence of that today, I was relying on being able to see what was hangared. I was shown everything that was hangared and had a good chat with my guide to boot. A very interesting guy and I hope he dried out quicker than me afterwards. 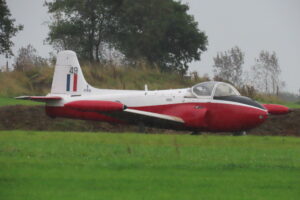 Prior permission to visit here was met with a no as the owner doesn’t want people going into the hangars. To be fair, they did say I could visit the club house, but as the weather was so awful, the airfield gate was shut and just the Jet Provost was seen in the distance. 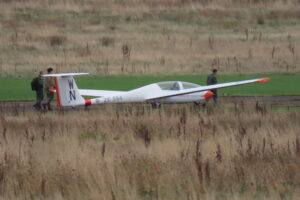 The weather was improving to the point that the resident Viking gliders were observed being pulled up to their launching point. This prompted me to check in with my next stop and my contact at East Fortune microlights, as she did warn that if the weather was bad, there may not be anybody around. After a quick call, she confirmed that the visit was on.

So with prior permission, a clear-out of all the hangars was made at the microlight side of East Fortune airfield. I was allowed to take photographs if I wanted but on the understanding that they were not published anywhere. To put my host at ease (same as I did at Insch), I did not take any photographs and used PlaneBase Mobile on my phone to log what I saw instead.

An excellent clear-out and made up for the miserly three that I got here in 2011! Next up was a short drive around to the museum. In these COVID times, it was a requirement to have pre-booked an slot-time and this was checked at the security point before being allowed on-site. A very nice museum and it has changed for the better in the ten years since I last visited. 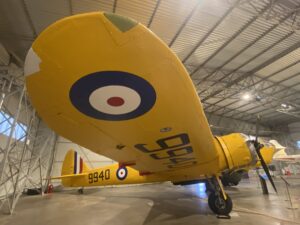 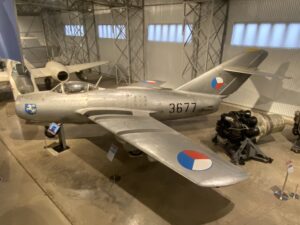 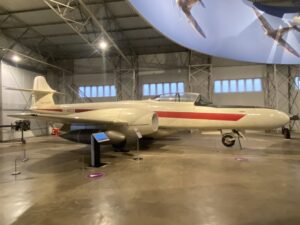 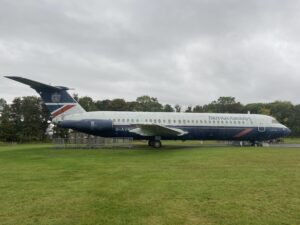 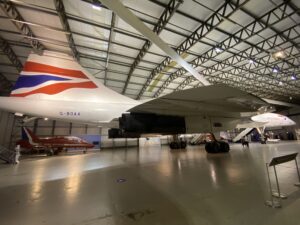 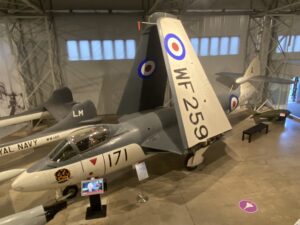 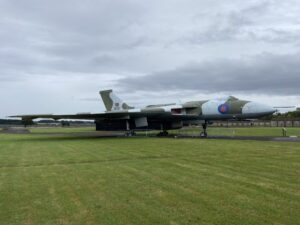 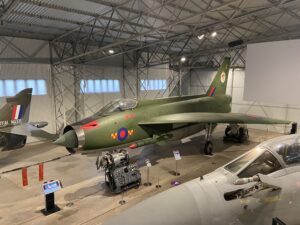 From there you have a view towards the two hangars at this strip. These hangars looked fairly spotter proof and were not open. As to go any closer would have meant going pass some very clear no trespassing signs, this quickly turned into a good dog walk and nothing more. My third go at such a strip on this trip and nothing in return.