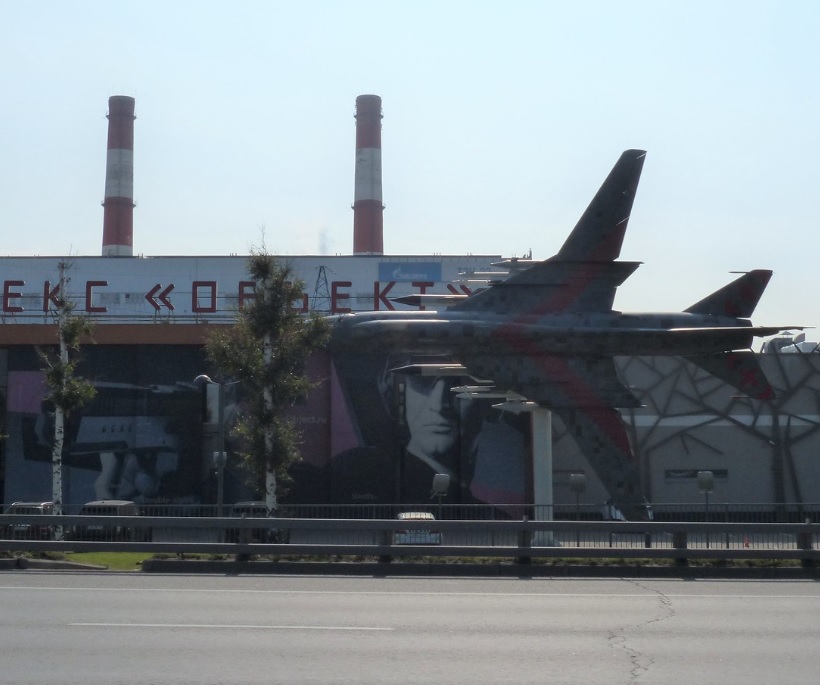 After leaving Monino, it time to get to our next hotel for the remainder of the trip, which was at Domodedovo~Moscow.

However on the way to the hotel at Domodedovo airport, we came across the following.
As we drove along the Moscow ring road we noted a Sukhoi Su-17 along the side of the motorway!!
It’s location I believe to be the Dzerzhinsky District~Moscow. It appears to be next to / part of a Shooting range advertisement. There is a web address of theobject.ru
If you put the name of the object Moscow into Google Maps, it will bring the location up.
I was told that it was an Su-22, BUT the Google Maps is saying it’s an Su-17 M3????