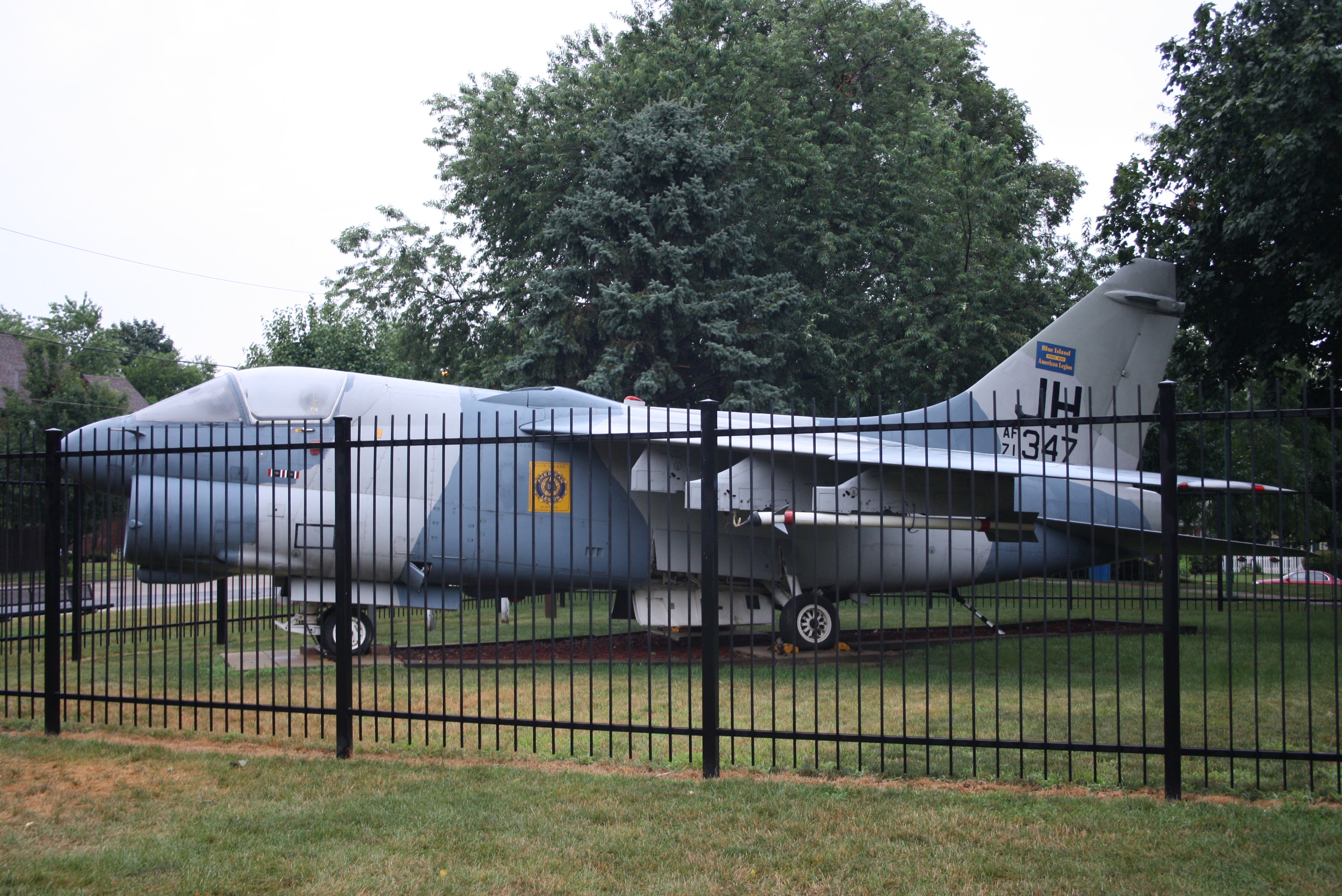 My intention on the second day of my trip was to get to Oshkosh which was a good 180 miles North of Chicago. Several people had told me to get to Oshkosh as soon as I could, but i figured that I would rather let the place fill up a bit before walking all the rows. So I also gave over today (Saturday) as a opportunity to do some stuff on the way up.

Did all my research on today at home using Google, Google Maps and Google Earth. I still love my military frames so I decided to start by going for a A-7D & F-86L on open display in housing areas to the North and South of Chicago/Midway Airport…

So getting up at 04:00 and being ready for check out at 04:30, It was a good start to my plan for the day. On getting to the reception area, I meet a man with a mop and bucket fighting a losing battle to clear the floor of incoming water. The receptionist with a friendly smile and cheerfulness that suggests that this happens all the time, tells me to go careful out there as most of the local roads are flooded.

As I go out to the car, it is still chucking it down and thunder and lightning can be seen and heard. Easy I thought, head back the way I came last night and get on the Interstate South towards Midway. Got no more than one mile down that road and saw cars turning around and coming back. Those that had continued on, were now lifeless and stuck in deep water. So I turned around too.

I made a mistake that I was lucky to get away with and could have ruined the whole day before even starting. I was following someone who went straight into deep water without slowing down and I hadn’t seen it due to a combination of being pitch black dark, dazzle from oncoming headlight and windscreen wipers at the max. So even though I managed to slow down, I still found myself committed with a nice bow wave coming from my car. So I kept the car moving slowly and crossed the fingers….

Learning my lesson from that, I backed right off following anyone else. Lots of closed roads, u-turns and stalled cars later, I managed to get myself on I- 90 (Northwest Tollway) which would then take me to I-294 (Tri-State Tollway) and enable me to head South towards Midway. As these roads were elevated, no problems there. Never seen flooding or car carnage like it over here in the UK……

As I was heading South past O’Hare, I seriously considered ditching my plan to do all this stuff today and play it safe by heading straight to Oshkosh bearing in mind my earlier let off and the fact that the Interstate roads seemed ok. What swayed me to continue was the fact that it had stopped raining now and I could see the storm moving away in the first light of day. 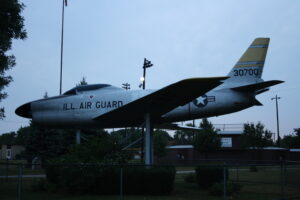 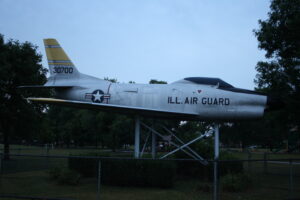 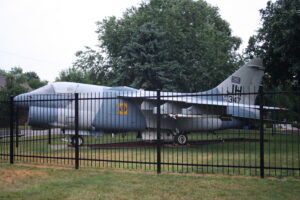 Headed North now back towards O’Hare with my next target being Midway Airport. I transitted through here a few years ago, changing from a ATA Airlines flight to a Southwest Airlines flight enroute to Albuquerque. As I spotted airside on that occassion, this would be my first visit from outside.

With Midway Airport being a perfect square shape and local roads going around all four sides, you can’t go wrong here really. East (Terminals) side of the airport is a write off for views due to a high wall. South side will give you views along 63rd Street. I pulled into Odyssey Aviation’s parking lot and read off a lot of biz and Southwest parked on the Terminals.
West side (South Central Avenue) gives you a good view from Signature’s parking lot. It has to be said that I wouldn’t hang around these parking lots for too long, just get your stuff and go.

There is a 7 floor parking garage located on the North (55th Street) that would give good all round views of the airfield from the top level, but I wanted to press on given that I had read most of what was I was able to get, so I gave this a miss. Star pot here was my first Epic LT, not too many of these about? The Seebee being nice too…..

By now I had a pounding headache and was finding it hard to concentrate on driving. It was already very hot and humid, so I guessed maybe I hadn’t taken enough fluid on. So a quick stop was made to stock up on water and shove some pills down. Back on the I-294 heading North, I again passed Chicago/O’Hare. Quick stop at Scott Street for these two around
08:10….

Next stop was Chicago Executive/Palwaukee. From O’Hare, head North on I-294. Take Palatine Road exit and head East. The airfield is on the right. The weather which had been improving, suddenly turned nasty again during my visit here and a lot of what was read off was done from the sanctuary of the car.

A real shame was that there was some kind of open day event in one part of the airfield where the very nice Collings Foundation B-24J and B-17G were parked ready for visitors – unfortunately so much rain fell on top of what they had already received the night before, that the event was cancelled whilst I was there.

This also meant that the road to a Cafe area here was shut off and I couldn’t see the P-38, P-47 & P-51 that Google Earth shows to be parked around that area. With a wind that you couldn’t stand up in and horizontal rain, I didn’t push for access and made do with what I could get. 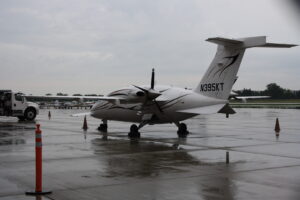