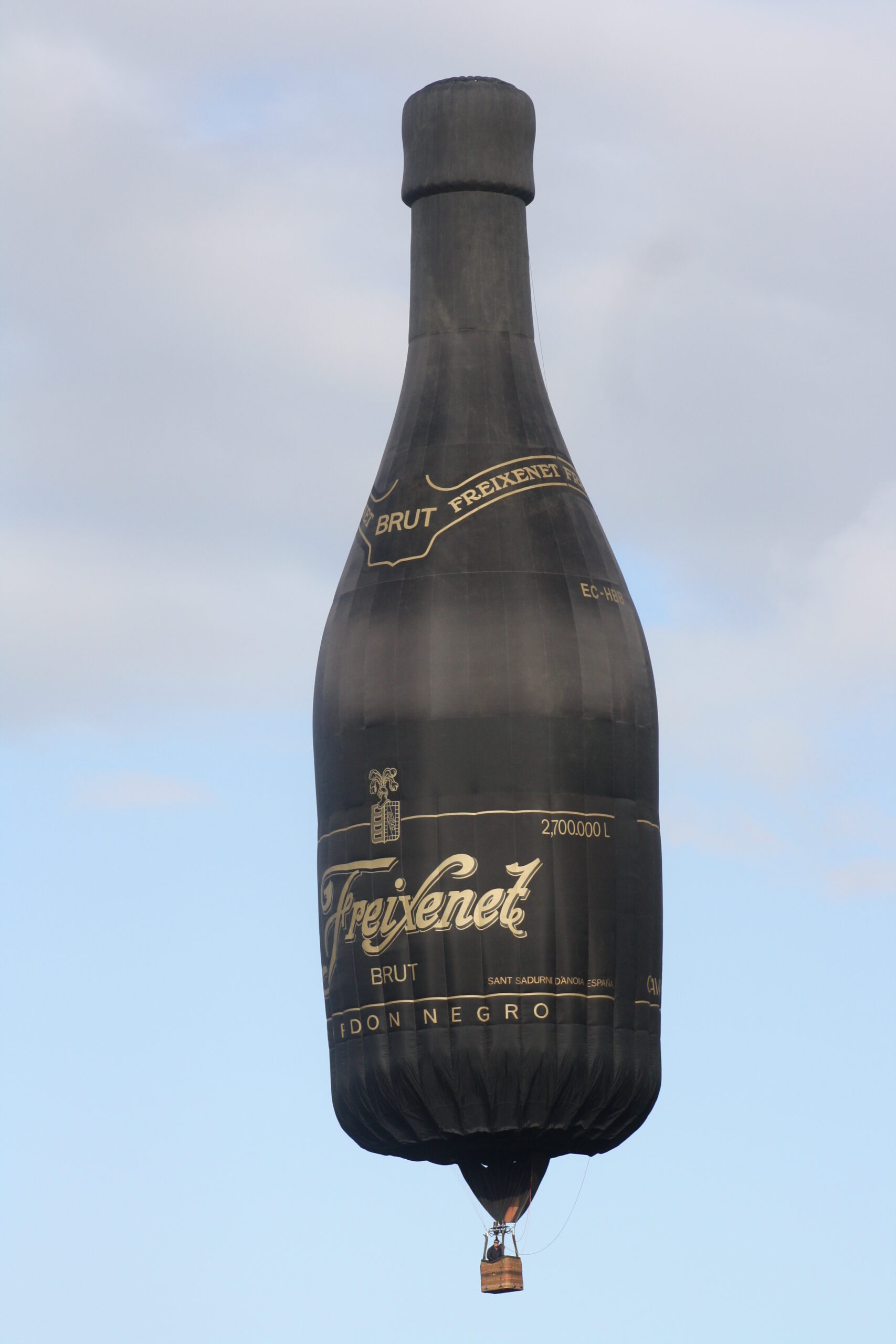 In these strange COVID times, I’m now finding the time to catch up with reporting of past trips that might be of interest to you.

Oxford Aviation Group visited the 2017 Grand Est Mondial Air Ballons event held at the former USAFE airfield at Chambley-Bussières in Northeast France. This airfield is located between Verdun, Metz and Nancy and given its past heritage, has the space required to hold Europe’s biggest Hot Air Balloon meet.

It is also the worlds biggest international Hot Air Balloon meet and given its location in Europe, it’s not hard to see why. Bordering with France which itself is a big ballooning nation, are Belgium, Luxembourg, Germany, Italy, Spain & Switzerland, and so the lure of this event to the European ballooning community is not in question.

The French public also support this event with big crowds drawn on the Saturday & Sunday launches especially in the evening. The Wednesday Night Glow also drew a big crowd but unfortunately that was cancelled late on due to the weather. This event still maintains free admission and parking for the public as it did during my last visit in 2003.

There are 2 daily (weather dependant) launches, one the the early morning and one in the evening. Given that event runs for 10 days, there was the possibility for 19 lifts with just one on the opening Friday. The event at that time held the world record of 433 balloons taking off in less than one hour although this was to broken again during our stay!

This was the the 15th edition of this event which started back in 1989 to celebrate the bicentennial of the French Revolution. In 1993, the 3rd edition was held at Chambley-Bussières airfield and remained there to this day. Chambley-Bussières airfield is a former NATO/American base which was built in 1953 and in 1967 it was handed over to the French authorities, who then used it for training.

As already mentioned, I personally last visited this event back in 2003, having previously gone in 1997, 1999 & 2001. There have been big changes made to the airfield and on arrival this caused me some confusion. Back in 2003, the event was held on the Southside of the field and there was a small ULM community based on the North.

Now the event is on the Northside of the field along with 6 modern looking aircraft hangars. The previous area where the ULMs used to be based was now the campsite for the Balloon crews. I understood from my conversations with the local pilots, that construction of the first of these 6 new hangars started around 2010 and they have been added over the the years.

This has allowed the small ULM community that used to be here, to expand. I noted around 80 general aviation aircraft in and around these hangars. I also understood that this investment initially came from the Lorraine region which has gone on to purchase the airfield this year. Now the airfield is being marketed as an aviation centre of excellence for microlights, light aircraft, gliders and balloons.
The Grand Est region is the main partner of Mondial Air Ballons. The Grand Est region was created in 2016 and is made up by a combination of the Champagne-Ardenne & Lorraine regions. Each day the organisation produced a daily summary of what had happened the day before and this was called the “Aerofil”. I have included copies of these along with the many pictures I took, on my Flickr site and the Oxford Aviation Group Facebook and website.

Primagaz has also been a main partner of Mondial Air Ballons since the first edition back in 1999. Aerofil also informs us that in 2015, Primagaz supplied 150 tonnes of gas for the whole of the event. For a mass balloon ascent, around 16 tonnes are required although this obviously varies accordingly with the amount of balloons actually present. 28 tonnes were required for the Grand Ligne record attempt in 2015 making it around 40kgs per ballloon for one flight.

So what will follow this email will be a daily logs which will include launches where they happened and links to the photographs achieved that day. Realising that some of you might not want to click on every link to see what was present on any given day, I have created a Flickr folder which contains one picture of every different balloon that I managed over the week – 465 in total. These can be seen at;

I will do a small summary about what we saw numbers wise over the week on the last blog post dated 28th July 2017. Thanks for reading if you got this far and if you can offer any help with the requests 🙂

We hope to go to the bi-annual 2021 event, COVID allowing, so get in touch if interested. Grand Est Mondial Air Ballons 2021 is being held 23rd July to 1st August.