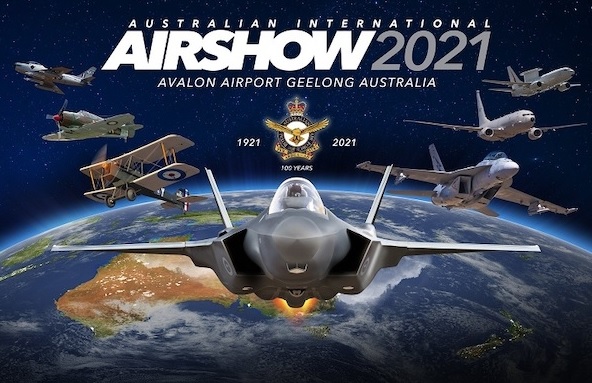 Tour advert for Australia/Avalon 2021 – Wednesday 17th November to Wednesday 1st December 2021 Hi all, For those of you who have expressed an interest in doing Australia next year, then what follows is the provisional hit list of things to try and do. The trip will have to be at least two weeks (14 […] 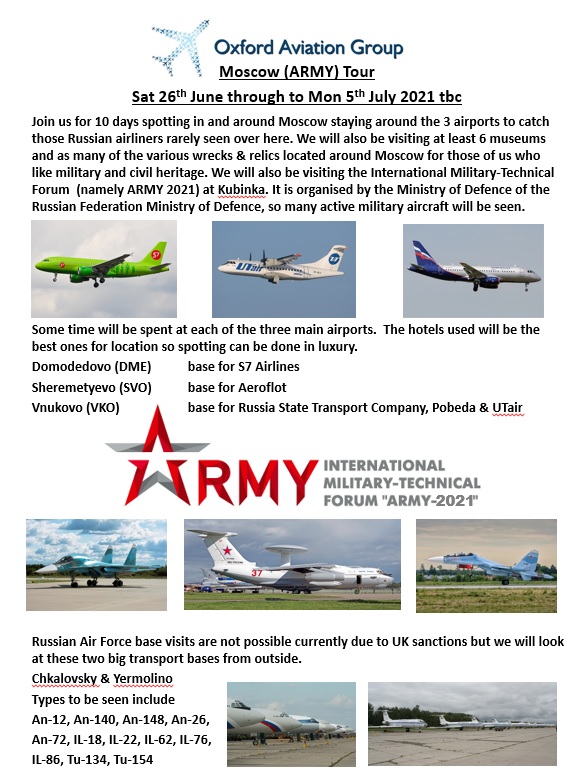 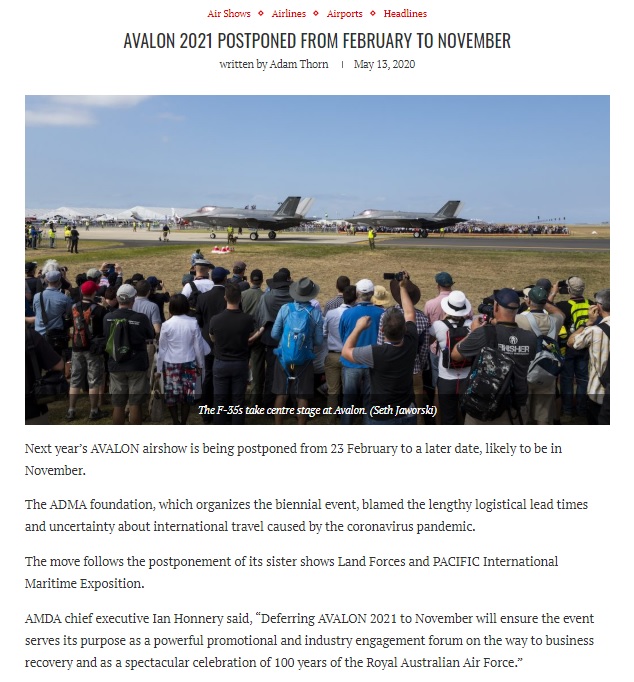 Thanks to a tip-off from Stewart Toone, the following bad news has just been received……. Next year’s AVALON airshow is being postponed from 23 February to a later date, likely to be in November. The ADMA foundation, which organizes the biennial event, blamed the lengthy logistical lead times and uncertainty about international travel caused by […] 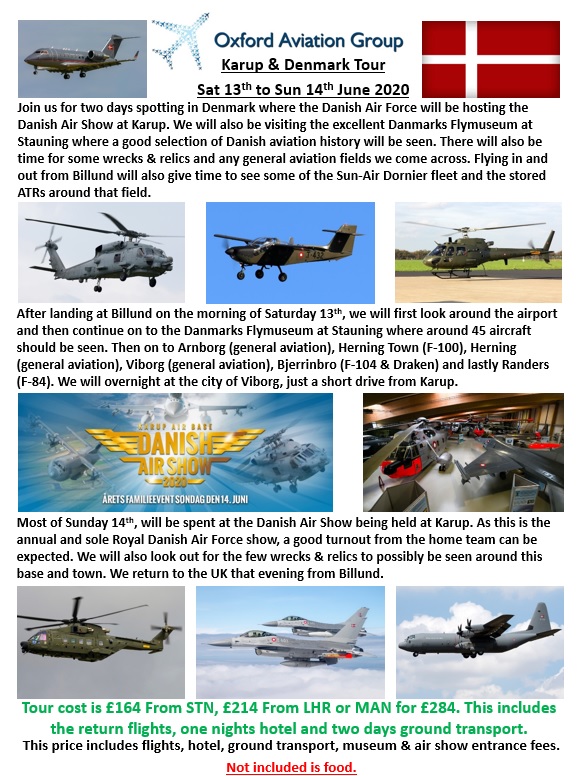 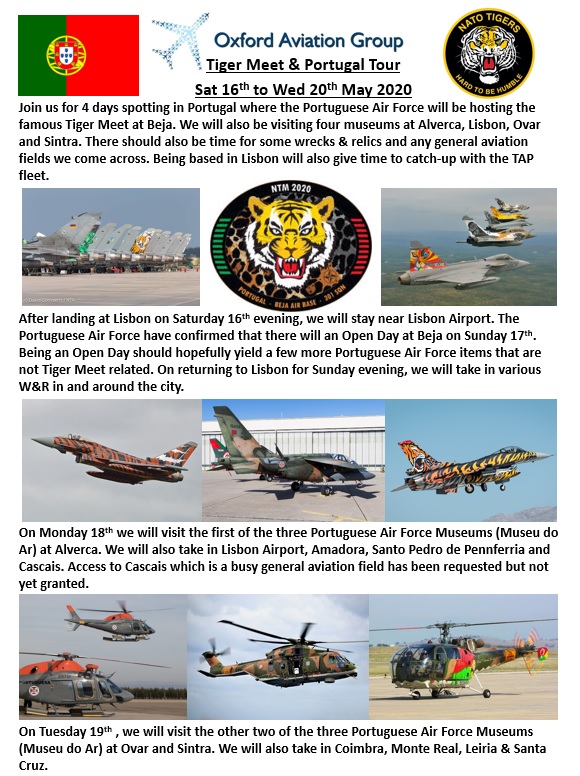 Hi all, Tiger Meet sources have confirmed that there will be spotter days on Thursday 14th May and Wednesday 20th May with the public open day air show on Sunday 17th May. https://www.ntm2020.pt/p-671-?fbclid=IwAR3SXP9ytZpm2JWSBQbYwzcQRrVae6JnPXSB3iltirsj0tswnRSRIYyVgDE As this group will be in Berlin for the ILA show from Tuesday 12th to Thursday 14th May, we propose that this […] 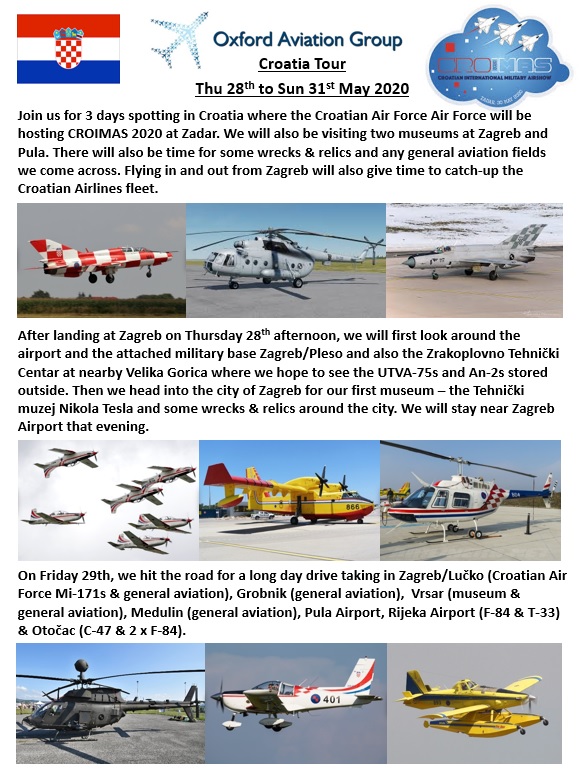 Tour advert for Croatia – Thursday 28th to Sunday 31st May 2020 Join us for 3 days spotting in Croatia where the Croatian Air Force Air Force will be hosting CROIMAS 2020 at Zadar. We will also be visiting two museums at Zagreb and Pula. There will also be time for some wrecks & relics […] 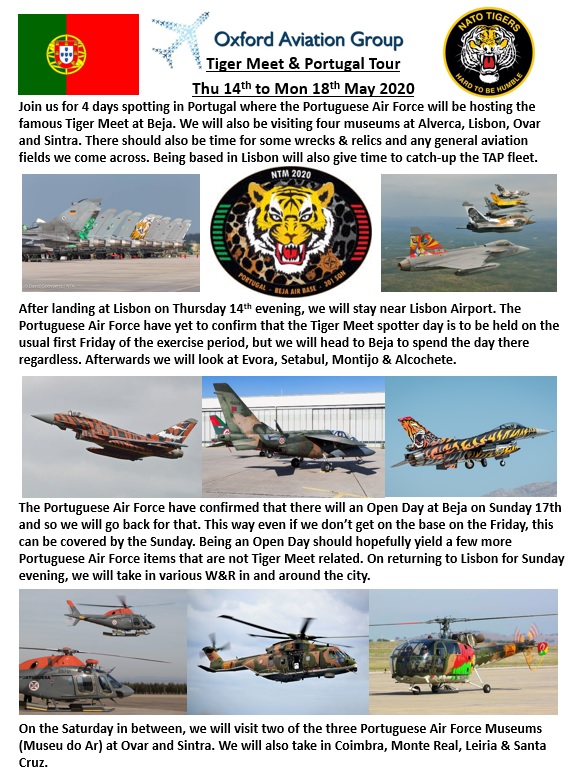 Tour advert for Tiger Meet & Portugal 2020 – Thursday 14th to Monday 18th May 2020 Join us for 4 days spotting in Portugal where the Portuguese Air Force will be hosting the famous Tiger Meet at Beja. We will also be visiting four museums at Alverca, Lisbon, Ovar and Sintra. There should also be […] 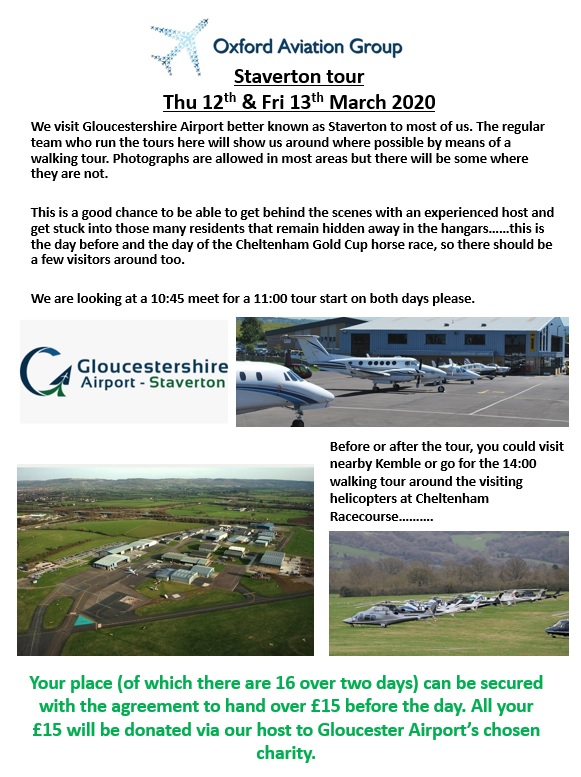 Tour advert for Staverton – Thursday 12th to Friday 13th March 2020 We visit Gloucestershire Airport better known as Staverton to most of us. The regular team who run the tours here will show us around where possible by means of a walking tour. Photographs are allowed in most areas but there will be some […] 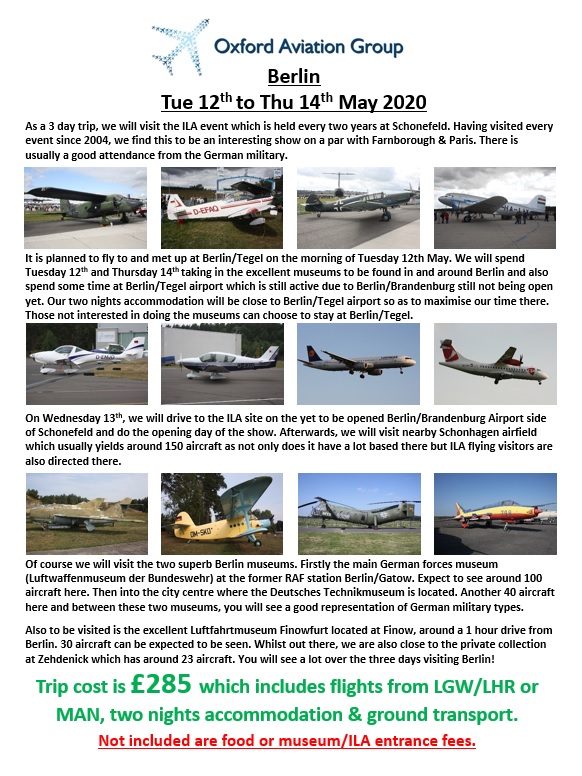 As a 3 day trip, we will visit the ILA event which is held every two years at Schonefeld. Having visited every event since 2004, we find this to be an interesting show on a par with Farnborough & Paris. There is usually a good attendance from the German military. It is planned to fly […] 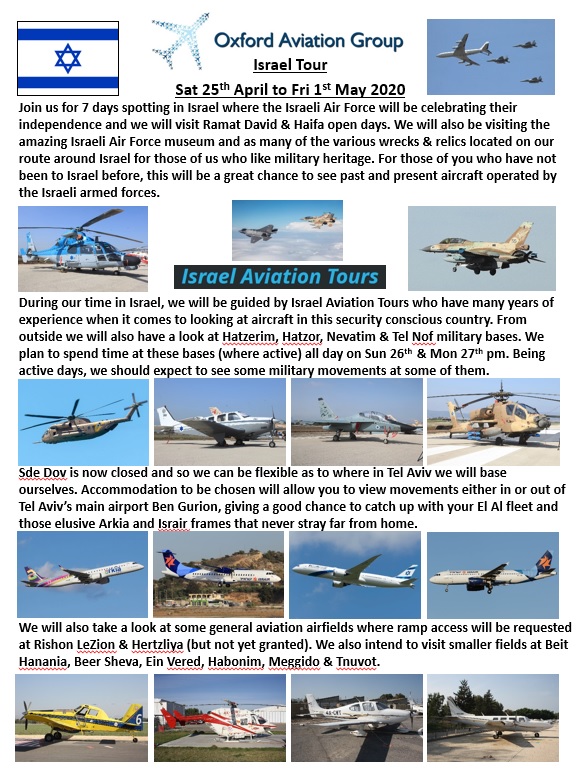 Tour advert for Israel – Saturday 25th April to Friday 1st May 2020   Following on from this years successful visit to Israel, we will re-run the same trip and format in 2020……get in touch if you or anyone you know might be interested….. Join us for 7 days spotting in Israel where the Israeli […]