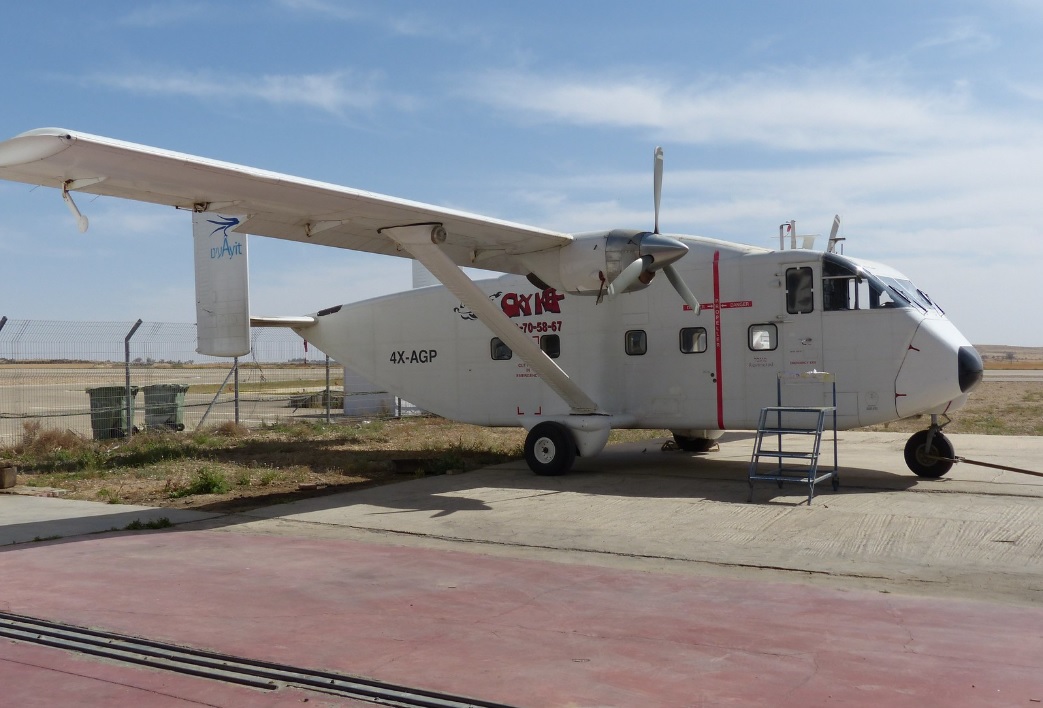 After a disappointment earlier in the day, that being with regard to the Hatzerim Israeli Air Force Museum being closed due to security reasons, we moved on to a light field……………. We would return to the museum!

When we arrived at Beersheba (Local spelling Be’er Shiva) no one was about, however whilst walking to the hangars, we were invited to view the open one. We were then also able to peek inside the closed ones as well as get some ramp photographs.

Most of the stored aircraft were further along the field, so we were advised by our guide that we would see them as we drove past the airfield on our way to our next destination. Good call.

The request:
Any help with the Unknown Microlight with the line up of WFU aircraft would be appreciated.

Line up of WFU aircraft from Right to Left as we drove past them on the main road.