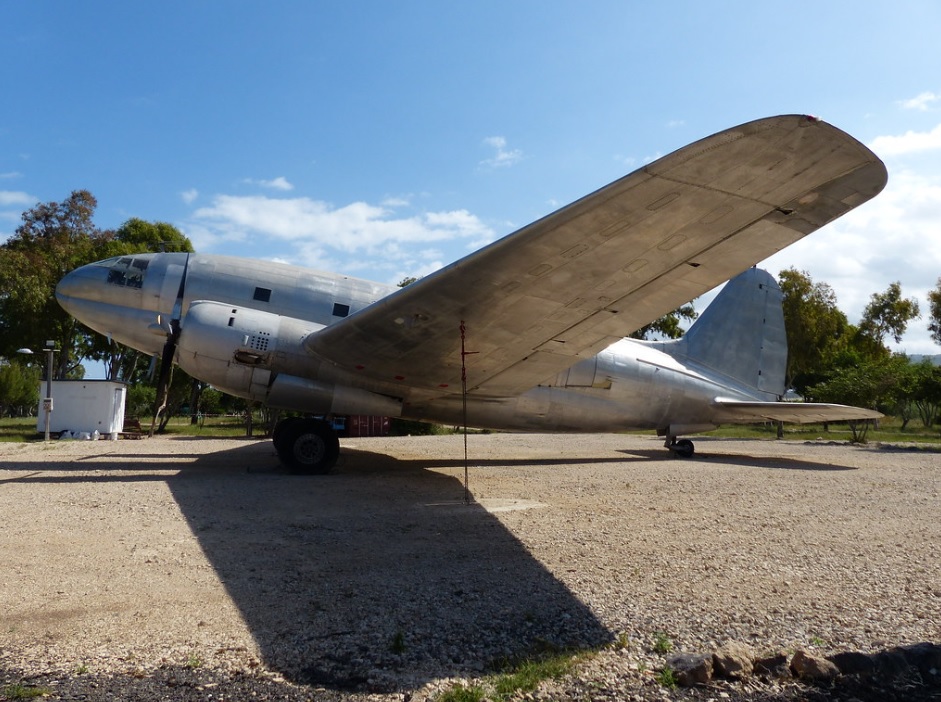 Next day we were off Northbound for a bit of a history lesson. After around one and a half hours we arrived at The Atlit Detention Camp Museum, which is near Haifa.

This camp was constructed during the British Mandatory Rule. Between 1939-1948 it served as a detention camp for ‘Illegal immigrants’ (Maapilim) who came to Ertetz Yisrael clandestinely. The camp was abandoned in the 1970’s and in 1987 declared a National Heritage site.

Apart from a wonderful Curtiss C-46 F-1-CU Commando, it also had other exhibited modes of transport, trains, boats and military vehicles. It was interesting listening to our guide, as well as one of the group who had also been doing some reading and was sharing the information with those who wanted to know.