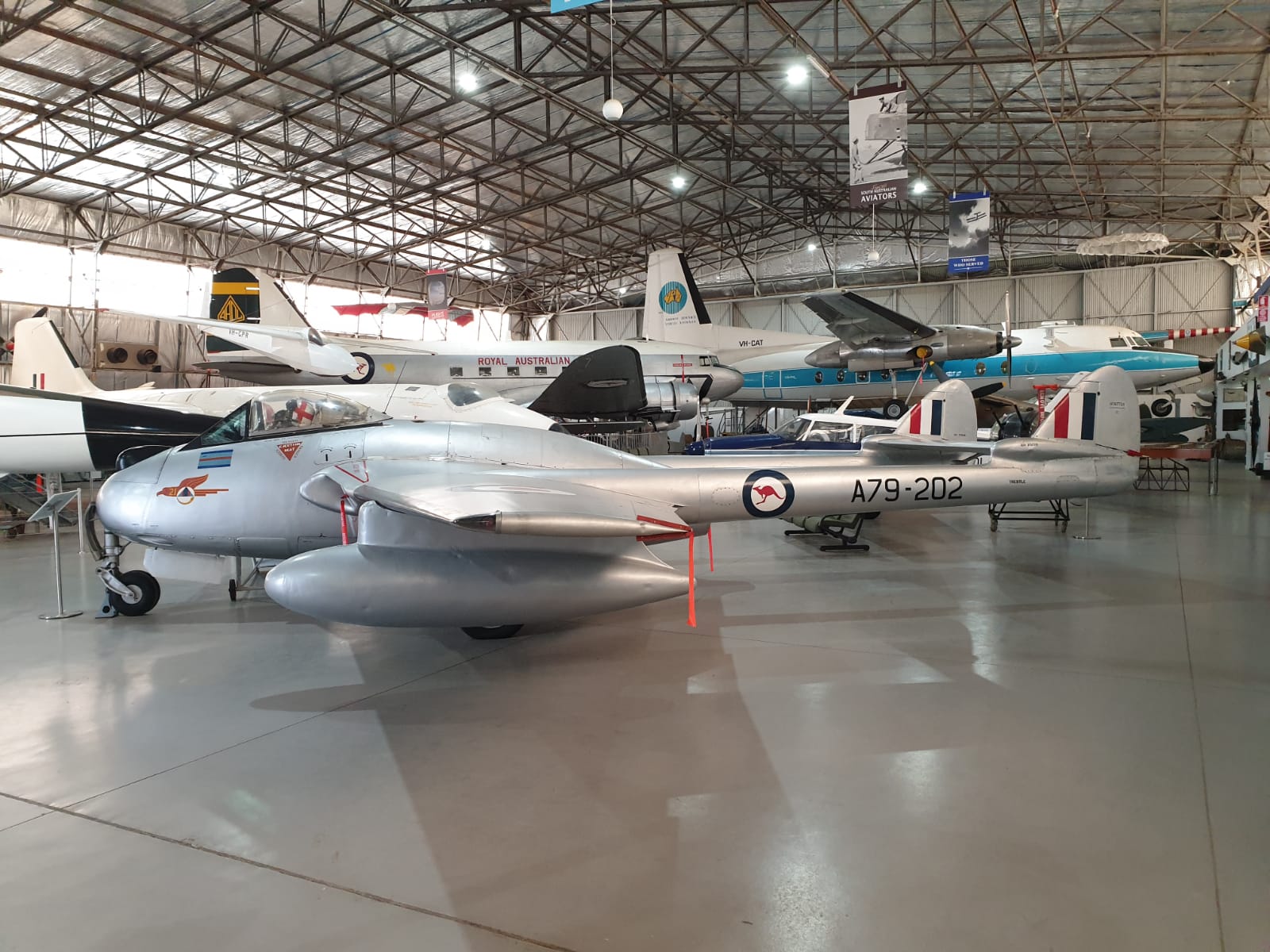 Today has been very cloudy with drizzle on and off for much of the day. The temperature reached only 21c so nearly had to put jeans on rather than shorts!!

We then headed North to Port Adelaide to visit the South Australian Aviation Museum. This is located on the old Adelaide Airport. The site next door houses the National Railway Museum of Australia for those who like that sort of thing.

From the Museum we headed into the Adelaide Hills. There are two airfields in the area. First call was Brukunga Airstrip which is where the Rural Fire Service have an airfield. It was deserted..

Then a few Kms further on is Murray Bridge Aerodrome. There are three hangers here but alas no aircraft outside today.

Then It was a leisurely drive through the Hills to the town of Hahndorf. This as the name suggests was settled by the Germans back in the 1830s. This has resulted in lots of German themed shops and buildings in the town. Looks like something you would come across in Southern Bavaria. Having spent an enjoyable 90 mins walking around the time we stopped for a late lunch at the Haus restaurant. Thoroughly recommended if you like Authentic German Cuisine

Once finished we headed back to Adelaide.

I will report back tomorrow with another road trip report out from Adelaide.