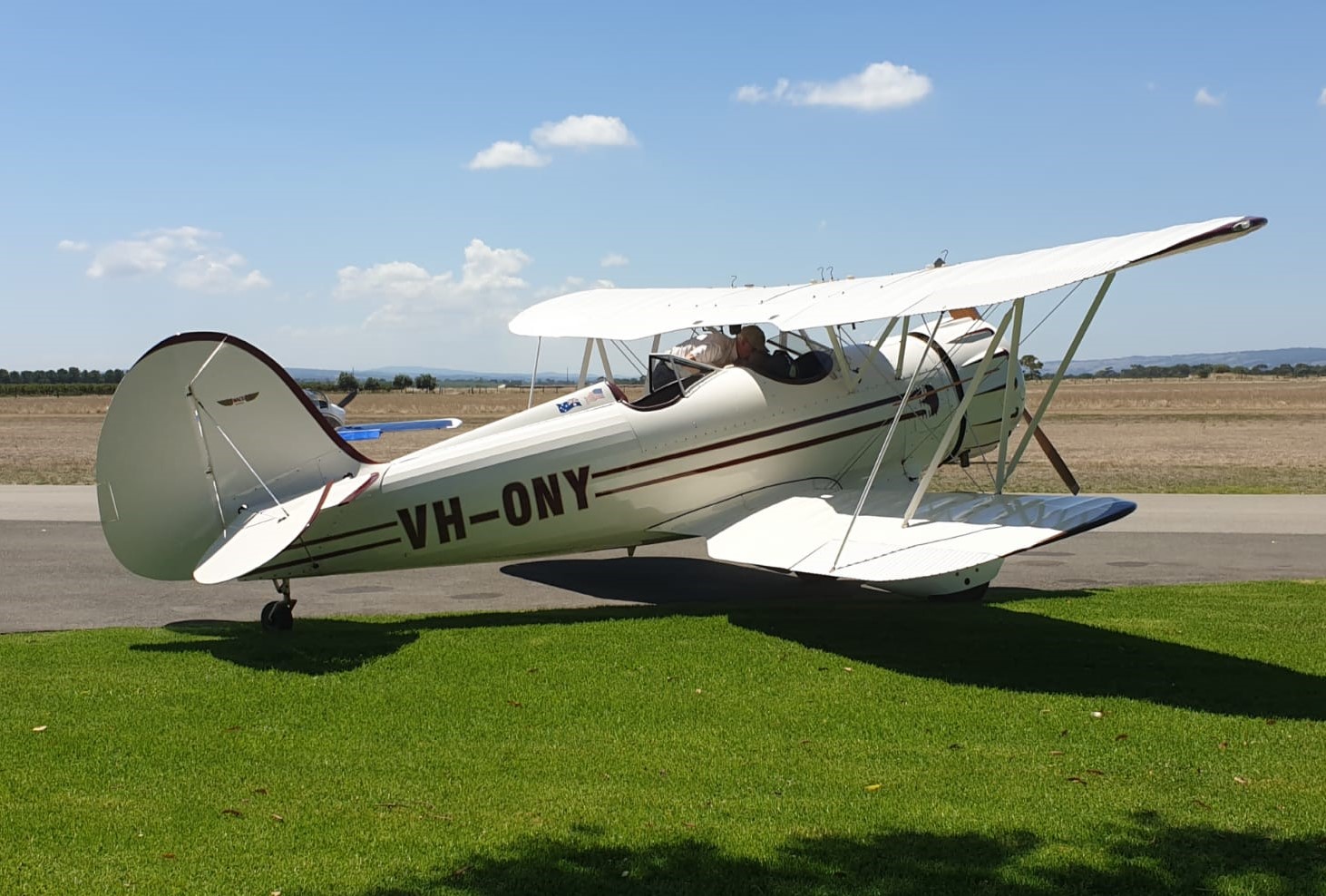 Today has been clear and warm with temperatures reaching around 29c. Day 3 and the last road trip out from Adelaide saw us head in a Southerly direction today.

It was then around 100km to the first call of the day at Brooklands Airpark, Tailem Bend. A small airfield with just 2 hangers which was locked so nothing noted.

Next it was to Strathalbyn. This is located in amongst a vast area of Wineries along a gravel road. There are 8 hangers which were all locked. Two aircraft were out on the field being:

From here it was into Strathalbyn Town to look in at Southcoast Helicopters. Sadly their hanger was closed and no one around so nothing noted.

Next stop was Goolwa. A surprisingly large airfield with about 20 hangers all of which were locked. I would suspect at a weekend there may be 50 – 75 aircraft present. Just two were out on the field today:

Our next call was Aldinga. However an abrupt stop was made about 5kms from Goolwa next to a field with a Haystack in the centre of it. In the shade sheltering from the Heat were about 20 Kangaroos feeding on the hay and sleeping in the shade. Sadly they were just too far away for videos but easily visible through the telescope.

Aldinga is also a surprisingly large aerodrome with about 15 large hangers. A couple were open and also about 15 were out on the grass visiting. Logged were:

By now it was around 1600 so we had a leisurely drive North along the coast road to Glenelg. We stopped for dinner on the sea front and enjoyed all you can eat Steak for $25.00