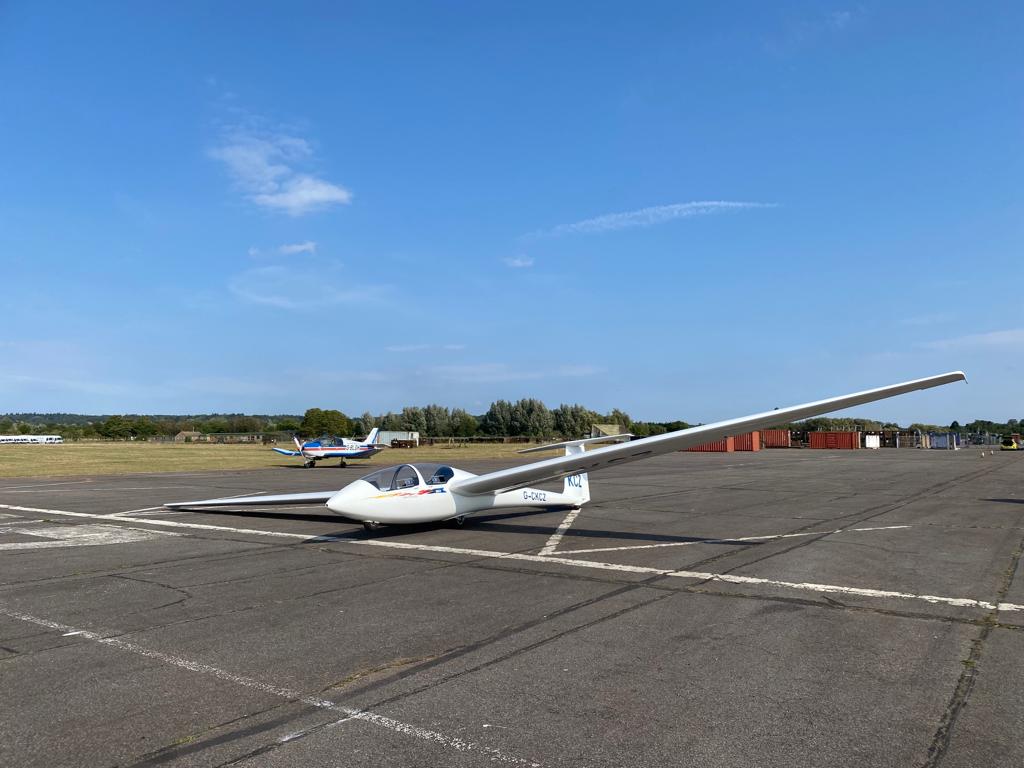 Booker Gliding Club have unfortunately had to move from their home airfield at Booker due to airfield operator/council issues and also the subsequent temporary home at Chiltern Park which closed recently due to land owner/airfield operator issues. Their new and hopefully temporary home is now the former RAF Abingdon or Dalton Barracks as it now known.

As a club member, I popped over to see how they were getting on in setting up and had a lovely chat with fellow members there. Seemed a bit rude not to fly whilst I was there, especially as there was some cloud build-up/thermal activity around.

I last flew from Abingdon in 1984 in a Air Atlantique DC-3 during the Battle of Britain At Home open day. That was my first ever flight too 🙂

The situation with Booker Gliding Club is that they are currently settling in, working out procedures which fit in with other airfield users, and getting the Army used to them being there, and so are taking it gently. They will not be up to speed until November and haven’t yet set up their diary with bookable slots for November onwards.

They say that they are very happy to sell trial lessons and courses via their website – link following below. Dare I say it having tried it, trial lessons make good Christmas presents and their vouchers are valid for a year so there is plenty of time to take the flight.

In the meantime, probably best not to drop in without notice as there are different routes to get to them, depending on other events in progress – Formula E testing, cycle races & car boots. Also they are not there every day at the moment because of the “Master of the Air” filming which is still on-going for another month or so.

If any of you fancy flying with the club from this airfield, then get in touch with them via their website link below. Just to emphasise, this is an aero tow operation, not winch 🙂

All the photographs can be seen at; 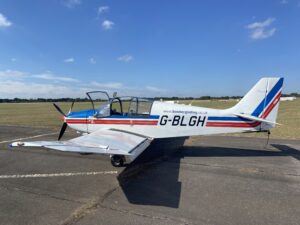 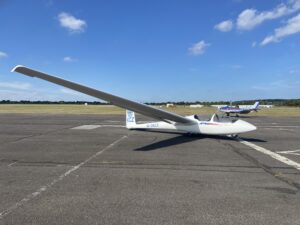 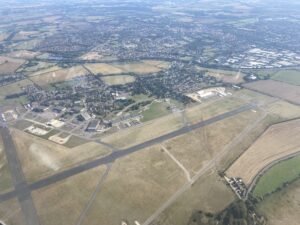 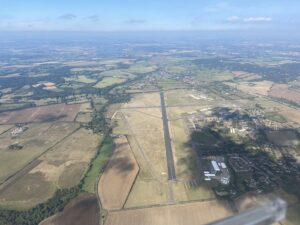